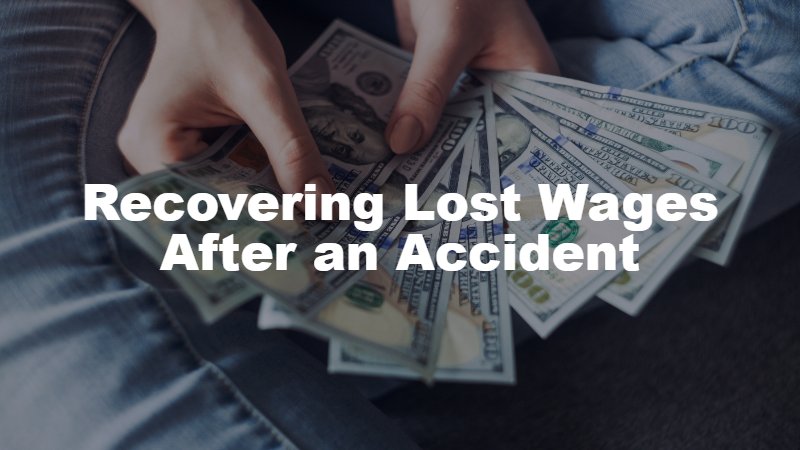 If you are injured in a car accident, which you did not cause, you may be entitled to compensation for the losses you suffer. One potential type of loss is your ability to earn income in the future. This is separate from any income you have already lost from missing work while recovering from your accident.

An injury that prevents you from working

To be entitled to compensation for loss of earning capacity, the injuries you suffer from the accident must make you less able to earn income from employment in the future. For example, if you have a job that requires heavy lifting, and you suffer a back injury that makes you unable to do that, you may have to find a different job, which pays less. You may also require time and money to re-train for a different career. Your losses can be the difference between what you were earning at your job before the accident and your job after the accident, or it can be the wages you lose and expenses you incur while retraining for a new job. Courts are reluctant to find that an injured person will forever be completely unable to do any kind of work.

An injury that makes you less marketable to employers

If you can still work, but your injuries make it more difficult to do your job you may still be entitled to compensation for lost earning capacity. For example, if you now need to take more frequent breaks, or some of your responsibilities must be done by another employee, then the accident has made you less marketable to employers. This increases the risk of being unemployed in the future or of earning less than you otherwise would have.

How courts decide how much future income you have lost

Factors that courts consider when determining your future loss of income include: the extent of your injuries, whether you had pre-existing injuries, your income and work history before the accident, your education and training, your age, and the number of working years you have ahead of you. Courts also consider what efforts you have made to find alternate employment or to re-train for a different job. Generally, the more working years you have left, the greater your potential loss of future income. However, courts are more likely to expect a young person to re-train for a new career.

In order to prove a loss of future income, it is sometimes necessary to hire an expert such as an occupational therapist or an economist. An occupational therapist can give their expert opinion to a court about which jobs your injury makes you unable to do or what accommodations you require. An economist can estimate how much money you would likely have earned if the accident had not happened, and how much less you are likely to make as a result of the accident.

There are many factors that determine how much you may be entitled to for lost earning capacity. It is important that you consult with a lawyer to ensure that you are being fairly compensated for any loses the accident has caused you.