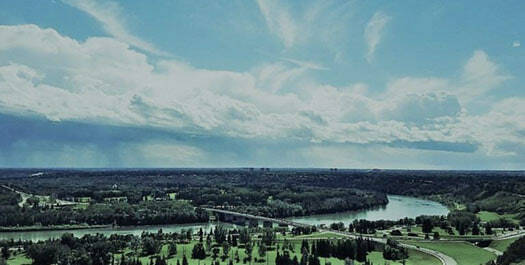 Impaired driving is one of those overlapping areas.

The Federal Government can pass laws do to with impaired driving because it has power over the Criminal Law. In the Criminal Code, the Federal Government makes it a crime to: drive while impaired (s. 253(1)(a)), drive “over 80” (s. 253(1)(b)), and refuse to provide a sample of your breath (s. 254(5)). If someone is convicted or pleads guilty to one of these offences they face penalties that include, at minimum a fine, and potentially imprisonment. In addition to any fines or jail time, s. 259 of the Criminal Code imposes a mandatory driver’s licence suspension. For a first offence, the minimum licence suspension is one year.

The Provincial Government can pass laws that have an effect on impaired driving too, because they have power to license drivers. In the Traffic Safety Act, the Government of Alberta sets out a number of things including when and for how long the Province can suspend your driver’s licence if you are charged or convicted with an impaired driving-related offence under the Criminal Code. When someone’s licence is suspended under the Traffic Safety Act after they have been charged but before they have been convicted it is called an “administrative licence suspension”.

From 1999 to 2012, if a person was charged with an impaired driving-related offence as a first time offender, they would get an initial 24-hour suspension, plus a three month long Provincial administrative licence suspension that started 21 days after they were charged. If that person was later convicted of an impaired driving crime, they would be banned from driving for one year after the conviction under both the Criminal Code and the Traffic Safety Act.

From 2012 until the new law came into effect in 2018, the Traffic Safety Act made it so that after a person was charged with an impaired driving offence under the Criminal Code, their licence was immediately and mandatorily suspended. The automatic administrative licence suspension remained in place until the person’s criminal matter had been dealt with (eg until they either plead guilty, went to trial and were convicted, went to trial and were acquitted, or the Crown withdrew the charge against them). The one year ban on driving after conviction or guilty plea stayed the same.

In 2013, a number of people took the Province to court over the administrative licence suspensions. They argued that the Province’s law was unconstitutional because it went against their rights in the Charter of Rights and Freedoms (the “Charter”). Specifically, they argued that the law went against their s. 7 rights to “life, liberty and security of the person” and their s. 11(d) rights “to be presumed innocent until proven guilty”.

The case went on for years. Lawyers representing the parties made a number of complicated procedural and evidentiary arguments. The Courts released a number of decisions on these issues along the way.

In Sahaluk v Alberta (Transportation Safety Board), 2015 ABQB 142, the Court decided that the administrative licence suspension provisions were, in fact, constitutional. This decision was appealed.

In 2017, the Alberta Court of Appeal struck down the Province’s administrative licence suspension law.

The Province was given one year to make a new law on administrative licence suspensions to replace the one that was struck down.

In our next blog post in this series, we will discuss the new law that came into effect in April 2018.

The information provided on this website does not constitute legal advice and should not be construed as such. Moustarah & Company does not guarantee that this information is accurate or up to date. As a result, should you require legal advice, please contact a lawyer.